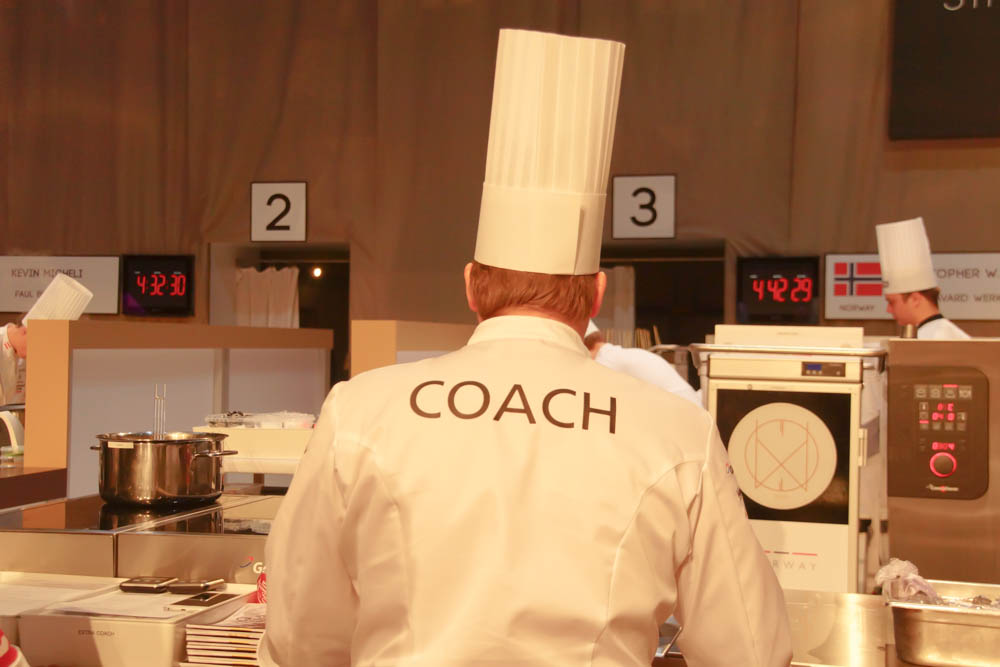 Among the 24 participating countries selected for the grand finale of the Bocuse d’Or The United States imposed their supremacy in Lyon after 5 hours and 35 minutes of tests.

Created in 1987 by Paul Bocuse, the most prestigious cooking contest in the world celebrated its 30th anniversary this year. Chef Mathew Peters masterfully composed with the two imposed tests:

“Bresse chicken with shellfish” presented on a tray with two accompaniments and a “vegetal dish” served on a plate highlighting vegetables.

In second place, William Davidsen, chef of 3 restaurants (Trondheim) representing Norway, won the Silver Bocuse and 15,000 euros in prize money. Norway now has a history of 10 podiums including 5 Bocuse d’Or. The country confirms its incredible regularity in the first places and takes once gain its cuisine to the highest level on the international scene.

In third place, Viktor Andrésson, chef au restaurant Grillio du Radisson Blu Saga (Reykjavik) won the Bronze Bocuse and 10,000 euros in prize money. Iceland now totals 2 podiums. Regularly placed in the top of the ranking, the country comes back on the podium after a 3rd place in 2001. The three winners have the privilege to integrate the prestigious Bocuse d’Or Winners Association. German Participant Marvin Böhm finished with 19 Place.

The 2017 edition of the Bocuse d’Or took place under the most exceptional conditions, as the greatest cooking contest in the world celebrated its 30th anniversary. Imagined in 1987 by Paul Bocuse, this unique competition is now presided over by Jérôme Bocuse. Over a period of 18 months it involves 62 countries and 5 continents through a series of national selection rounds and continental events celebrating the diversity in culinary heritages and highlighting the creative richness of cuisine in general. In 30 years, thanks to hundreds of participants and hundreds of thousands of supporters, the Bocuse d’Or has become the most fascinating and passionate human adventure in modern cuisine.

“Bresse chicken with shellfish”: this was the very first theme proposed back in 1987 for the first edition of the Bocuse d’Or. This classical recipe of Lyon and French cuisine has since become a universally classic dish and seemed the natural choice for the theme to be served on a tray to celebrate the 30 years of the contest. More than a reference, the event successfully challenges the participants’ imagination and technical skills to deliver a modern interpretation of this emblematic dish.

As the Bocuse d’Or is also a resolutely modern contest, the new “Vegetal” theme was a natural choice for the recipe to be presented on a plate. How to compose a tasty dish, generous and subtle without using any meat of fish? This is the daring albeit highly responsible challenge the 24 finalist had to face.